The case I’m using is my Antec P280, which is an older case, but has worked for me for quite some time. First exterior pictures of the case: 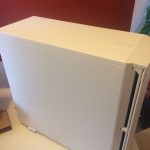 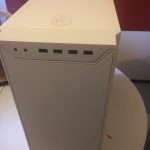 Old internals (including a HPe SmartArray P410 that got removed from use permanently – also, really nice cable management, am I right or what?): 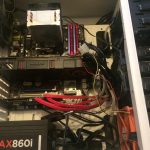 And the internals (after the previous hardware had been removed and dusty as fuck): 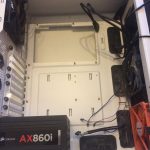 The good thing is, that I didn’t have to move any of the motherboard stands, suited perfectly fine moving from Asrock 970 Extreme4 to Asrock x370 Fatal1ty Gaming K4 – this made seating the motherboard a bit faster. The most difficult part on installing the new motherboard was trying to fit my hands above the CPU cooler when putting the screws and cables into place.

A picture after the motherboard was seated into place: 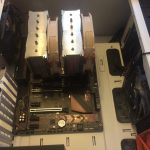 And after reinstalling the R9 290 with doing some cable management: 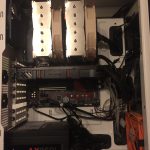